By fitsavers-January 25, 2022No Comments3 Mins Read 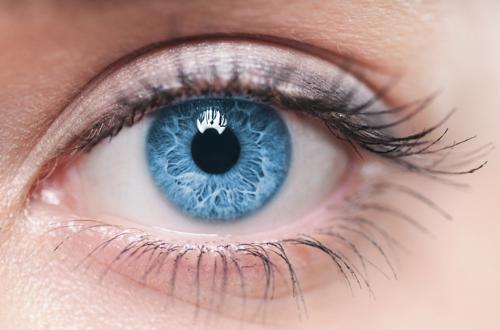 According to the American Diabetes Association, diabetes affects 30.3 million Americans. Of those individuals, only about 23.1 million were diagnosed. Additionally, it’s estimated that about 1.5 million new cases of diabetes are diagnosed every year.

This debilitating disease has a huge impact on those who live with it. Type 2 diabetes can cause increased thirst and hunger, frequent urination and headaches. It can also lead to more severe health complications, such as heart disease and blurred vision, which is referred to as diabetic blindness or retinopathy.

What is Diabetic Blindness?
According to the National Eye Institute, diabetic retinopathy is the most common type of eye disease in the U.S. It’s caused by high blood sugar levels leading to the swelling of the blood vessels of the retina, which often leads to leaking fluid. It may also cause the blood vessels to close, which can stop blood from passing through. This ultimately shuts down the retina and can result in blindness.

What are the Signs and Symptoms?
According to the NEI, symptoms are minimal or non-existent in the early stages of diabetic retinopathy, making the disease to progress and impact vision before knowing when to take action. But there are ways a professional can detect the disease. A comprehensive eye exam that measures one’s ability to read and see objects from a distance can determine if you’re dealing with something that’s impacting your vision.

How to Protect Yourself
Early detection and treatment are the safest ways to protect yourself from diabetic blindness. However, we recommend taking care of your body to avoid diabetes in the first place. A healthy, wholesome plant-based eating regimen like the Hallelujah Diet can help you maintain a healthy weight and regulate your blood sugar levels to avoid a debilitating disease like diabetes. Ultimately, this will help you avoid the need for insulin and other medications. God created the natural sustenance of the Earth as the fuel for our bodies, but also as the natural medicine to teach our bodies how to self-heal. When you eat organic foods and stop treating your body like a garbage bin, it will reward you and help you live a long, fulfilling life.

Learn more about how our faithful followers have kissed diabetes goodbye with our plant-based diet!

According to the American Diabetes Association, diabetes is prevalent in 30.3 million Americans.

Exercise is widely considered to be an important part of any healthy lifestyle, but not all routines are created equal when it comes to cognitive performance and memory.

Breaking down the raw food ratio

The biblical plant-based Hallelujah Diet breaks down into a daily consumption of 85 percent living foods and 15 percent cooked foods.