Overtreatment of Ductal Carcinoma In Situ

By fitsavers-February 7, 2022No Comments9 Mins Read 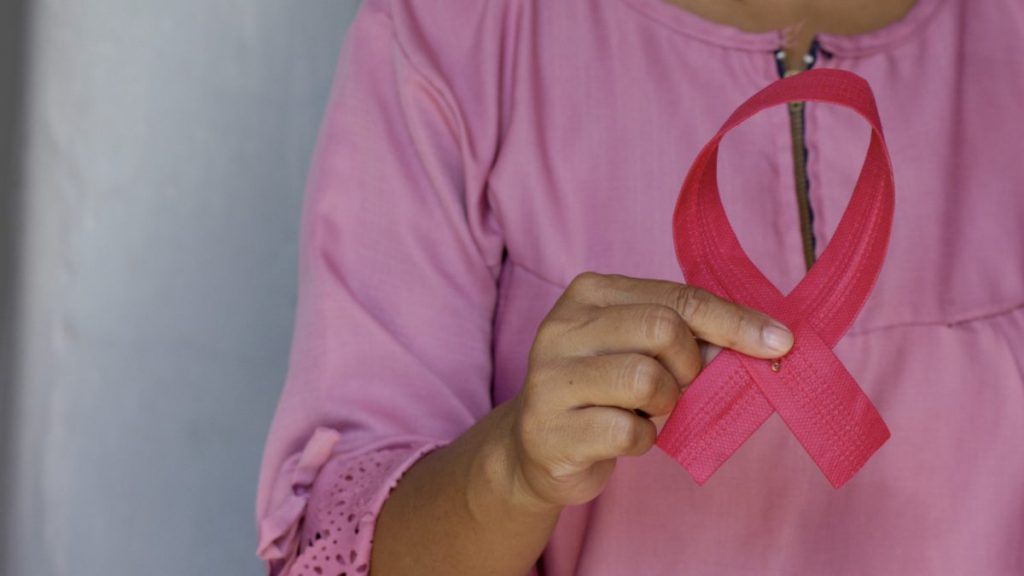 Nine out of ten women don’t realize that some breast cancers would never have caused any problems or even become known in one’s lifetime. This is an issue ductal carcinoma in situ has brought to the forefront.

The whole point of cancer screening is to “detect life-threatening disease at an earlier, more curable stage. Effective cancer-screening programs therefore both increase the incidence of cancer detected at an early stage and decrease the incidence of cancer presenting at a late stage.” Sounds reasonable because you’d find all those tiny cancers during screening that you would have missed before and be able to cut them out and pull them out of circulation. That’s not what appeared to happen with mammograms, though, as you can see at 0:30 in my video Overtreatment of Stage Zero Breast Cancer DCIS. As mammography ramped up in the 1980s, the diagnosis of early cancers did indeed shoot up. What we’d then like to see is a mirror image of this increase, with incidence of late-stage cancers dropping. If you caught the cancer early, it wouldn’t be around for late-stage cancer, right? Wrong. Late-stage cancer incidence didn’t seem to drop much at all.

Another way to look at this is by comparing mammogram rates around the country. The more mammograms you do, the more heavily screened the population is and the more early cancers you pick up. Great! And late, advanced disease should go down, too, right? Right, but it doesn’t. As you can see at 0:59 in my video, so many early cancers are being taken out of circulation with surgery, radiation, or other treatment, which should mean about the same number of late-stage cancers shouldn’t be found—that is, there should be an approximately equivalent drop in the number of late-stage cancers detected, but that didn’t happen. Mammograms catch a lot of small cancers, but with “no concomitant decline in the detection of larger cancers,” that would explain why the more mammograms you do, the more cancer you find, but death from breast cancer doesn’t seem to change much. Hold on. Tens of thousands of cancers are being cut out after screening. Why aren’t that many fewer women dying? “Together, these findings suggest widespread overdiagnosis,” meaning cancer picked up on mammograms that never would have progressed to the point of presenting during the woman’s lifetime and, so, wouldn’t have been noticed or caused any harm had it never been picked up at all.

So, going back to the graph I showed earlier, which you can see again at 2:00 in my video, if removing all those early-stage cancers didn’t lead to that many fewer late-stage cancers, that suggests that most would never have progressed during that time or may have even gone away on their own. That “could explain almost all the increase in incidence noted when mammography screening is done.” Indeed, “many invasive breast cancers detected by repeated mammography screening do not persist to be detected by screening at the end of 6 years, suggesting that the natural course of many of the screen-detected invasive breast cancers is to spontaneously regress,” that is, to spontaneously disappear.

We’ve known for more than a century that sometimes even serious metastatic breast cancer can just spontaneously go away. The problem is you can’t tell which is which, so if you find cancer, the natural inclination is to treat it. This can be especially tricky for ductal carcinoma in situ (DCIS), so-called stage zero breast cancer. Ductal means “in the breast ducts,” carcinoma means “cancer,” and in situ means “in place” or “in position,” not spreading outside of the duct. And, DCIS can create tiny calcifications that can be picked up on mammogram, as you can see at 3:07 in my video.

The whole point of mammograms was “to identify early invasive disease, so the large numbers of…DCIS diagnosed were unexpected and unwelcome.” “Prior to the advent of screening, ductal carcinoma in situ (DCIS) made up approximately 3% of breast cancers detected.” Now, DCIS accounts for a significant chunk. “The cells that make up DCIS look like invasive cancer…and therefore the presumption was made that these lesions were the precursors of cancer”—stage zero cancer—“and that early removal and treatment would reduce cancer incidence and mortality. However, long-term epidemiology [population] studies have demonstrated that the [surgical] removal of 50 000 to 60 000 DCIS lesions annually has not been accompanied by a reduction in the incidence of invasive breast cancers. This is in contrast to the experience with removal of colon polyps [with colonoscopy] and intraepithelial neoplasia lesions of the cervix [precancerous cervical lesions, thanks to pap smears], in which the removal of precursor lesions has led to a decrease in the incidence of colon and cervical cancer, respectively.” Those are cancer screening programs that work.

Radiologists argue that overdiagnosis isn’t so much the problem as is overtreatment. Certainly, it’s terrible to get a breast cancer diagnosis even though the cancer never would have hurt you, but you can’t know that at the time, so most women undergo aggressive surgical and radiation treatment. What happens when you compare the ten-year breast cancer survival rate for women with low-grade DCIS? Among those women who chose not to have surgery at all, 1.2 percent of them died of breast cancer within a decade. But, during that same ten years, of those women who did undergo surgery, having a lumpectomy or a full mastectomy, to cut out the cancer, 1.4 percent died from breast cancer. So, surgery appeared to make no difference.

Currently, randomized controlled trials are being conducted to put it to the test, but it is “incredibly difficult to convince a patient with a proven diagnosis of DCIS not to undergo the standard surgical therapy”—many just want to get it cut out. “The fear of cancer paralyzes patients…[who may] resort to drastic therapeutic measures that may not be necessary,” excessive measures like getting a double mastectomy. How can we prevent this? How about we change its name? “A U.S. National Cancer Institute working group has recommended dropping the term “carcinoma,” so maybe we should just call it an “indolent lesion of epithelial origin.” Let’s “use language that engenders less fear,” shall we? How bad can an “IDLE” tumor be?

Another option to avoid this dilemma? Just don’t get screened in the first place. Women aren’t typically told about any of this, though. Fewer than one in ten women were aware that mammograms carried any potential harms at all, and more than nine out of ten were unaware that some breast cancers never cause problems. Few had heard of DCIS, but when informed about it, most wished they had been told before they signed up for screening.

“Once a cancer is detected, it is currently not possible to distinguish life-threatening from indolent [potentially harmless] cases. Therefore, overdiagnosis can only be avoided by abstaining from breast screening” and skipping mammograms altogether.

That’s how researcher Alexandra Barratt explained her own decision to avoid screening: “I’m…worried by the possibility that I could be seriously harmed by the treatment of a cancer that would never have affected my health.” Given that the only way to avoid opening that “Pandora’s box” was by not getting mammograms, she decided to try to improve her diet and lifestyle to prevent getting breast cancer in the first place.

How might someone improve their diet and lifestyle to lower breast cancer risk? See, for example:

This is the ninth in a 14-part series on mammograms, which includes:

I was able to cover colon cancer screening in just one video. If you missed it, see Should We All Get Colonoscopies Starting at Age 50?.