Marine Vet. Mike Steadman is a Role Model For All Ages

By fitsavers-February 3, 2022No Comments5 Mins Read 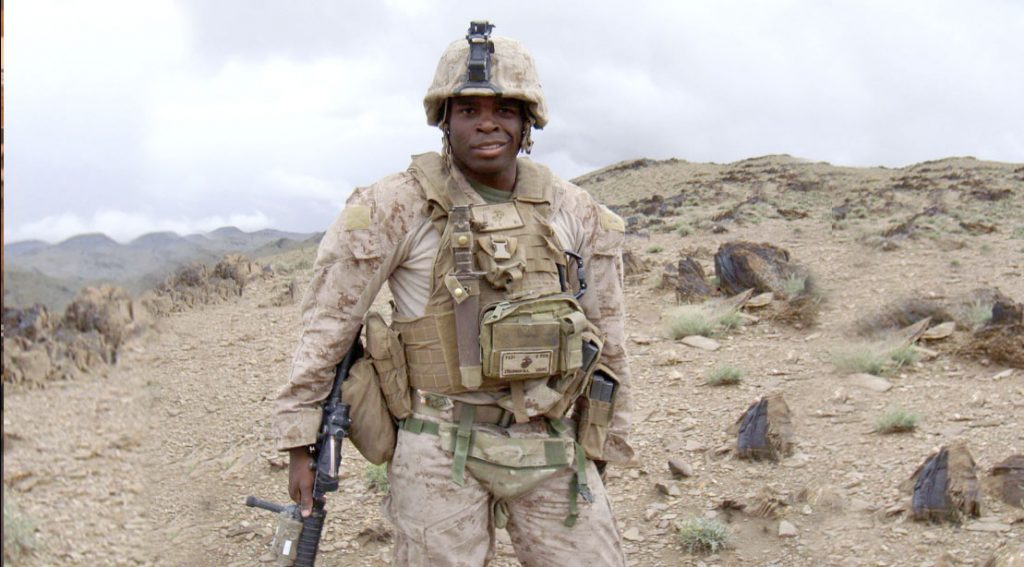 As a kid, Mike Steadman grew up in a single parent home. Fortunately, he had male role models around him in his neighborhood. Whether it was in the classroom or the barbershop, he was a sponge when it came to absorbing the information and example they provided. He had several positive influences, but two men stand out to him fondly when he looks back at his childhood.

“Wilbur Chriss served in the Korean War,” Steadman said. “Harold Wert was my algebra teacher in high school. I now know how much they actually helped me.”

There was something else that those two men have in common — both have served in the Armed Forces. Steadman himself would go on to the Naval Academy Preparatory School, followed by four years in the Naval Academy before moving on to the United States Marine Corps, where he would serve as an Infantry Officer. As a Marine, he would find himself in places such as Japan, the Philippines, and Afghanistan. Returning from Afghanistan with all of his men with him stands out to him because it would be on that trip that his greatest moment in service took place.

“When we were able to get everyone out of there, and I had that chest bump moment, I’ll never forget that,” he said proudly. That feeling was compounded by the fact that he was in a position of leadership – a position that he said not many service members find themselves in.

“There weren’t many like me, but I was still able to lead, work with the team, and do what we had to do in order to accomplish the missions we were sent out to do.”

Captain Steadman would serve ten total years in service to his country before his career was over. He also excelled in boxing during this time. A childhood fan of the late of the late Muhammad Ali, Steadman would win three national boxing championships and be named Most Valuable Boxer twice. He feels a connection through that sport to champions of the past.

“Aside from Ali, the older days of the sport really resonate with me. Guys like Joe Louis, Sugar Ray Robinson, those guys were real men and icons,” he explained. His connection to boxing and fitness stayed with him long after he started winning titles. Nowadays, it’s a part of who he is.

“Ever since then, boxing has been my personal anchor. I train hard and fight hard. I try my best to work out every single day, even if it’s just 30-45 minutes, hitting the heavy bag and running on the treadmill.”

That love for boxing combined with his experience from the military helped Steadman make the transition into the next great challenge of his life, business. Steadman runs both IRONBOUND Boxing Academy and IRONBOUND Media in Newark. NJ. His gym that houses his boxing academy serves a very important purpose.

“Boxing reaches poor kids in ways that other sports don’t. They’re spending time learning discipline, they’re training, learning grit and resilience. If the only thing we do is leverage this for professional boxing, it’s a missed opportunity. For me, it’s a great youth and young adult sports program that can serve as a pathway to help them become champions in and out of the ring.”

Steadman is also the host and producer of several podcasts, including Confessions of a Native Son and The Transition. He hosts the latter podcast for Bunker Labs, a veteran nonprofit focused on empowering veterans and military spouses to be entrepreneurs. Both shows offer him the opportunity to connect with and inform other veterans that are looking to excel after service. He’s also excited about his latest show, Dog Whistle Branding.

“It’s a no B.S. guide to marketing and branding for veterans that want to own businesses,” Steadman shared.

It’s obvious that the New Jersey man by way of Texas is aware of his role in both the businesses and community. He thrives being in the leadership role, which can be traced back to when he was leading his fellow Marines into missions around the world.

“The way we’re taught in the military – it’s about extreme ownership and embracing responsibility,” he explained. “In the military, we were taught to help our team and rally around a united cause.”

Between the service to his country, his work in the boxing realm, and his contributions in podcasting, Steadman has made a profound difference in the lives of many people, and it hasn’t gone unnoticed. He expressed that he is glad to be in the position he is in so he can pay forward what Mr. Chriss and Mr. Wert did for him.

“It’s been quite humbling. I’m not a billionaire, and you haven’t seen me on the cover of Forbes, but what really stands out to me the most is that I’m a social entrepreneur. I don’t mean that in the tacky way, but I came into entrepreneurship with the vision of starting an amateur boxing program,” he said. “It takes the same courage to get in the boxing ring that it takes to start a business.”

For more information about IRONBOUND Media, go to www.ironboundmedia.com .