By fitsavers-February 2, 2022No Comments5 Mins Read 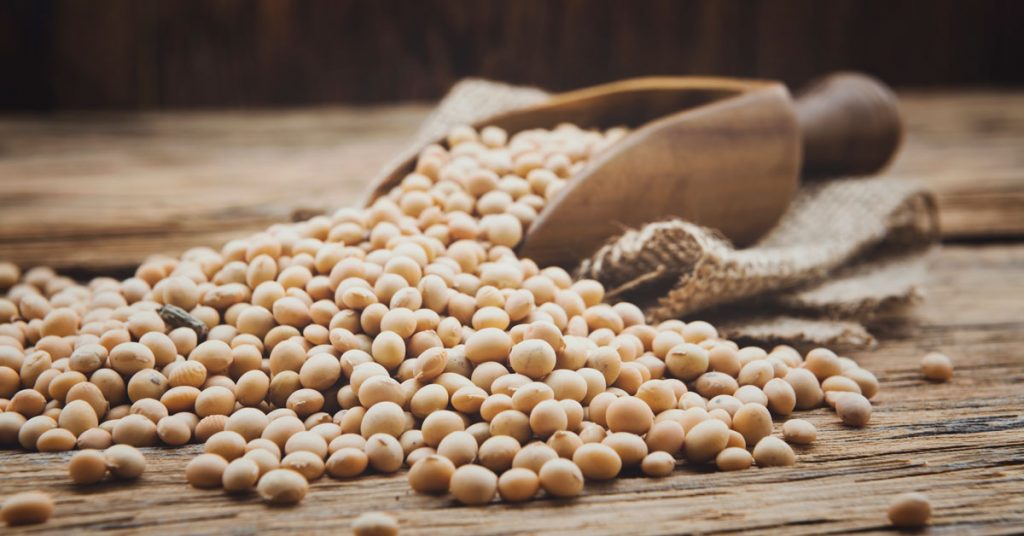 Soy has been a controversial food

Soy has been a controversial food for more than 25 years. The presence of phytoestrogens in soy has made many people to declare that they would wreak havoc on our hormones. Vocal minorities decrying the evils of soy have relied on old data and have not changed their stance on soy.

In a recent webinar Michael Donaldson, PhD gave an update on the evidence on the safety of soy products. In the webinar, which you can replay here: Is Soy Safe Webinar, he concluded that eating soy foods lowered the risk of breast cancer, prostate cancer and the recurrence of breast cancer after initial treatment. Soy has been proven safe for infants, though clearly not as good as breast milk, and safe for children, even helping them avoid future cancers. In short, it is incredibly hard to hurt yourself with an organic bean.

Read on for more details.

Two fundamental questions that have led to lots of confusion over the years were answered. The first question was whether in vitro studies and animal studies were valid for indicating the kind of results that would be seen in people eating soy-based foods. Evidence shown in the webinar showed that the amount of free genistein, the active form, in the blood stream of mice was often 20 to 150 times as high as what is seen in people. This makes mice a very bad model for studying soy products. Many of the early objections to soy products were based on animal study results, which haven’t been shown to be reliable.

The second question was regarding the second estrogen receptor, called estrogen receptor beta. The ERβ was discovered in 1996. The isoflavones in soy preferentially bind to the ERβ rather than the ERα, which is quite the opposite of estrogens in the body. Furthermore, the distribution of the alpha and beta estrogen receptors is varied throughout the body.

Evidence shows that isoflavones, which bind to the ERβ, have an opposing effect to estrogens on breast tissue. While estrogens, binding to the ERα, promote cell growth and even tumor promotion, isoflavones binding to the ERβ inhibit cell proliferation and suppress tumor growth. A meta-analysis of studies in Asian Americans and Asian populations has shown about a 40 percent reduction of the risk of breast cancer for women who ate high levels of soy products1.

Women who have already gone through treatment for breast cancer have wondered if they should avoid soy products. Five different population-based studies have been conducted to examine this question. A meta-analysis of over 11,000 women showed clearly that soy foods actually have a protective effect in lowering the risk of a recurrence of breast cancer (-26.5%) or death (-16.5 percent) 2.

Other evidence covered in the webinar showed that soy products helped prevent bone loss during menopause, had a modest beneficial effect on hot flashes and improved fertility in women undergoing fertility treatments.

For men, a plethora of studies have concluded that isoflavones do not affect levels of testosterone in men. In fact, eating soy products was protective against prostate cancer 3.

For infants and children, close examination did not find feeding effects, whether breast-fed, cow-milk formula fed or soy-formula fed, on reproductive organs at 4 months or at 5 years 4. Neither did high intake of soy products affect the age of girls beginning menstruation 5.

Soy is safe! Examine the evidence for yourself. Don’t rely on authorities that rely on old data, animal studies and in vitro studies. Disregard those who don’t discuss the 2 estrogen receptors and the difference that their presence makes.

How much soy is safe? Research indicates that 3 servings or less are very safe, which is more than a person would eat while following the Hallelujah Diet. So, we are quite OK with eating some soy.

Choose organic soy products to make sure you avoid issues with GMO soy and the presence of glyphosate weed killer in your food. Eating some soy products can add variety in your diet and make selecting vegan dishes easier.

Just remember that it is incredibly hard to hurt yourself with an organic bean like soy.

Why Is It So Hard To Stay Healthy?

Have you ever wondered if your parents had to work as hard as you do to maintain their health?  Chances

How The Alkaline Diet Supports The Immune System

While disease thrives in acid, it has a hard time surviving in alkalinity which is why an alkaline diet helps support the immune system.