By fitsavers-January 25, 2022No Comments2 Mins Read 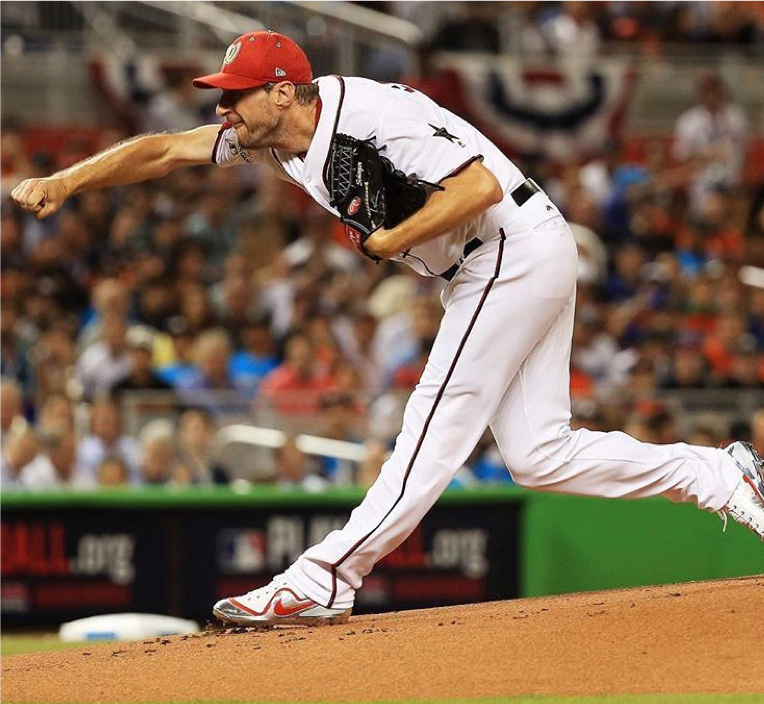 Much more attention has been paid in recent years to the concept of the front hip pull-back/lead leg blocking in pitchers.

However, what gets overlooked is that there are a lot of athletes who do it well, but still struggle to consistently impart adequate force to the baseball and with the right direction. This can happen because of limitations further up the chain that interfere with transferring force to allow for clean ball release.

Foremost among these issues are adequate thoracic flexion and scapular upward rotation. These two attributes allow you to stay on the baseball longer. Imagine a car that has an extra runway to accelerate. As violent as it appears in still-frame photos, Max Scherzer is one of the best illustrations in the game for this – and it’s remarkably well “synced up:

Notice how the distance between his uniform number and belt increases early in the delivery, then decreases just prior to ball release. It isn’t this extreme for most pitchers, but it speaks to the interaction between the anterior core, thoracic spine, and scapular upward rotation. Is it any surprise that most anterior core exercises – rollouts, fallouts, flutters, inchworms, bear crawls, and stir-the-pot – are also great serratus anterior drills?

You can also challenge it in various ways with the chops aspect of your core stability program.

I also like this adjustment to a half-kneeling cable lift…which actually make it into a chop, but whatever!

It also opens up a great discussion on the role of infrasternal angle for another day (although we did delve in on it a bit with this podcast with Bill Hartman:

Have a great week!

Sign-up Today for our FREE Baseball Newsletter and Receive Instant Access to a 47-minute Presentation from Eric Cressey on Individualizing the Management of Overhead Athletes!