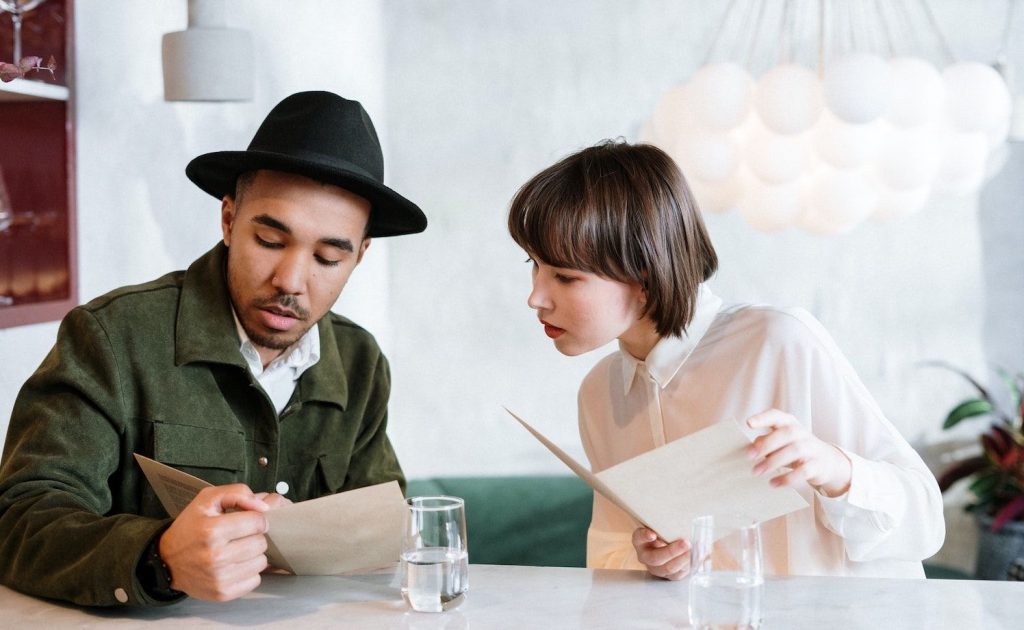 One week after the new legislation came into force, the Hearts Minds Genes Coalition for eating disorders has coordinated an open letter to the Government

From the 6 April all restaurants, cafes and takeaways with more than 250 staff have been required to display the calorie content of meals on their menus. According to the government, the aim of this legislation is to help people make healthy choices but, as many are pointing out, it has the potential to cause more harm than good.

Award-winning campaigner and chair of the Hearts Minds Genes Coalition for eating disorders Hope Virgo has coordinated an open letter to the government requesting they suspend the legislation until necessary consultation and amendments are carried out.

Highlighting the dangers of adding calories on menus for those with eating disorders, the letter also explores the potential damage to wider society.

We are writing to you just one week after the calorie legislation has come into force and are extremely concerned about the detrimental consequences that this will have – not just on people affected by eating disorders, but also wider society.

You may recall that we wrote to you last year after the launch of the Government’s Obesity Strategy sharing our disappointment and the emphasis that the strategy places on numbers, weight and calorie counting – rather than on education and empowerment.

With 16% of the adult population screening positive for an eating disorder and millions more suffering from eating disorders, what is proposed as a “common-sense approach” – focusing on weight and calorie counting – is incredibly destructive. Indeed, this approach stands in stark contradiction to the approach favoured by clinicians, who seek to avoid the psychologically damaging focus on weight, calorie counting, and BMI.

Effective empowerment means equipping people with information to make better informed choices. Allowing customers to choose to ask for a special menu with calorific and nutritional information should they wish to have this information – as so many restaurants do already for those with food allergies – is far preferable. It allows consumers to opt-in, whilst also avoiding negative outcomes for those with eating disorders. Furthermore, evidence has shown that 25% of people who restrict their food intake go on to develop an eating disorder.

Calorie counting in and of itself does not lead to healthy outcomes. Instead of becoming fixated on numbers, we should be focusing on wider health messages. Since the legislation came into play I have been inundated by messages from individuals, carers of those affected by eating disorders and those in recovery from eating disorders, who are already reporting the destruction that this new measure is causing. We are also concerned that this will teach young people, children and the general public to watch or count calories which can only breed and compound disordered eating. Calorie labels don’t say anything about the nutritional value and enjoyment of food: on the contrary, they introduce guilt and unhealthy preoccupation with numbers.

It is also important to emphasise that we live in a society where disordered eating is normalised. This is extremely unhealthy and adding calories to menus will only exacerbate this. We will have children restricting their food intake and feeling concerned about calorific consumption, which could lead to an increase in eating disorders – illnesses with the highest and most preventable mortality rates and ones that costs the UK over £11.4 billion a year.

Obesity prevention policies need to be evidence based and coordinated with eating disorder prevention.

With these huge concerns in mind, we are today calling for the Government to:

We look forward to receiving a swift response to our letter and to engaging with you on this important issue.

Commenting on the legislation, Hope expresses shock that it’s been able to go through.

“I honestly still can’t quite believe that this has happened. For so many people affected by eating disorders restaurants will become an even more toxic and fearful place. It will normalise conversations around food and exercise. Over the pandemic, we have seen a huge increase in eating disorders, with services completely overrun. Do we really want future generations to grow up basing their food decisions on numbers? Since the legislation came into force I have been inundated by messages from people who have so much fear, not just for themselves but those around them.”

Eating disorder charity Beat campaigned for change when the law was being discussed and has expressed its disappointment that the government failed to listen to their concerns. When the law was announced Andrew Radford, Beat’s CEO, said he was however proud of Beat supporters for helping to mitigate some of the harms posed.

“Notably, customers will have the option to request a menu without calorie information and we urge restaurants, cafes and takeaways to ensure this is available. We also welcome the decision not to apply this legislation to education settings. It is highly unlikely that either of these steps would have been agreed had it not been for the efforts of our campaigners.

“Beat will continue to call on the Government to take a more integrated public health approach to its work to address obesity, ensuring that any future campaign is developed in consultation with eating disorder experts, including people with lived experience.”

Beat has also created a guide to support those affected by eating disorders when it comes to eating out, sharing advice for coping and how friends and family can help.

Health is a large and complex topic, so this legislation feels short-sighted at best and willfully ignorant at worst. As someone over a decade into eating disorder recovery, I personally worry about how this will affect my mental health and can only imagine how difficult it is for those still struggling. I’m also inspired by the work of campaigners and charities alike for consistently advocating for change, here’s hoping it’s on the horizon.

If you are looking for support with an eating disorder, you can use Counselling Directory to find a counsellor today.