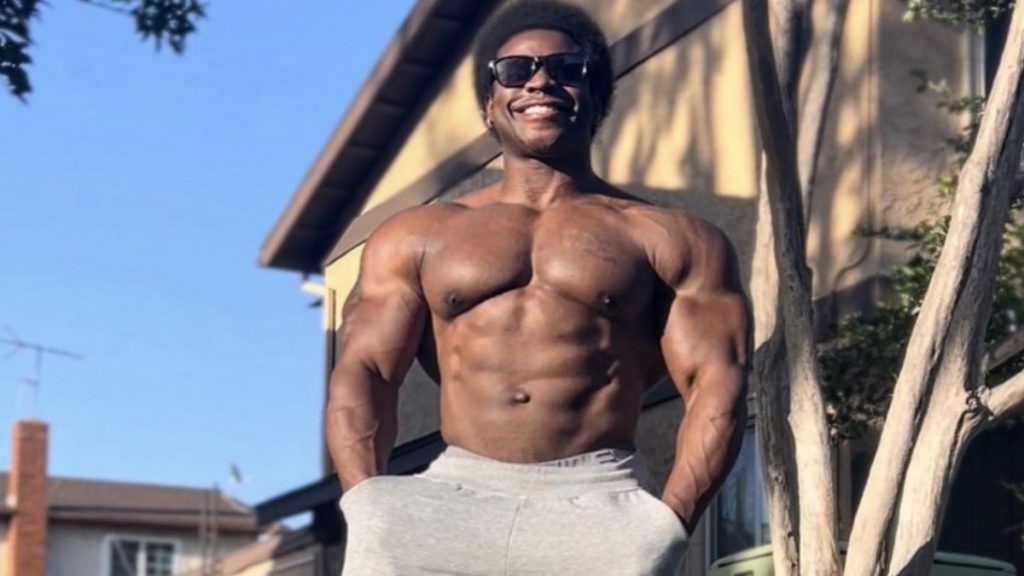 You don’t win two Classic Physique Olympias without stellar genetics, a partner who lets you live in the gym, and a gritty work ethic.

On April 21, 2022, bodybuilder Breon Ansley shared a demanding leg workout that seemingly asked everything of his lower body on his YouTube channel. At the same time, he revealed that his next competition would be the 2022 Tampa Pro, which will take place on August 5-6, 2022, in Tampa Bay, Florida.

Recently, Ansley detailed his decision to retire from the Classic Physique Division following the 2022 Classic Physique Olympia. Notably, Ansley maintained that he would change aspects of his upcoming training with a new “master plan.” The idea behind the new plan was to allow him to leave the division at his best.

As Ansley clarifies in his recent video, this leg workout is a part of that vision. Here’s a peek at one of Ansley’s first public steps on the road to his final Classic Physique Olympia competition.

Ansley opens by offering a disclaimer that this routine is about a focus on high volume rather than lifting staggering amounts of weight. Nonetheless, he seemingly can’t hold in his excitement, saying, “We’re gonna make the intensity crazy.”

Ansley wastes no time establishing a rapid pace by super-setting leg extensions and lying hamstring curls. He says that he limits rest between sets to optimize the results.

Research backs up Ansley’s assertion. One study showed that athletes who integrated supersets into their strength training saw significant gains in training efficiency and metabolic activation over a relevant time period.

However, someone like Ansley is a seasoned professional. By that same token, it was important for those with less experience not to overdo their limited rest, super-setting as it could lead to unnecessary fatigue and eventual muscle damage. (1)

Ansley turns to another superset, splitting his time between squats on the Smith machine and bodyweight Bulgarian split squats. He continues to praise the merits and benefits of supersets in the process.

That aside, Ansley might have utilized the Smith machine squats rather than the traditional barbell variation because of one specific distinction. Balance and stabilization are lesser concerns on the Smith machine in contrast to a free weight lift, letting an athlete freely and safely challenge their leg muscles. In turn, that potentially leads to a more efficient workout.

When training for volume like Ansley, increased efficiency is an understandable ask. That efficiency might even prevent eventual injury. As one study maintains, one of the most common ways an athlete can injure themselves in their training is a combination of poor technique and overuse of a specific muscle. (2)

Next in line for Ansley is one short, five-rep set on the Sissy Squat Machine — which locks an athlete’s feet and calves into a vertical position while seated to perform the Sissy Squat better. Here, he explains that an emphasis on squeezing in between reps is imperative.

“If I’m leaning on the pad and squeezing back here, I get that full contraction way at the top here by the hip flexor,” Ansley says. “We want the whole quad to be connected.”

Squeezing during quad workouts can be crucial as research shows it’s one of the more consistent ways to build girth and strength. (3)

Ansley promised intensity. Naturally, he follows with one superset of walking lunges with a barbell and sissy squats while holding a 45-pound plate.

“We like to hit everything equally as hard, equally as intense, and get some volume out of all those muscle groups, equally.”

After his 2022 Tampa Pro reveal, Ansley says that he weighs 197 pounds at the moment. By the time that event rolls around, he wants his weight cap to be 180. He will feature in the Classic Physique division at the competition.

How to Watch the 2022 World’s Strongest Man — Results, Backstage Coverage and More