By fitsavers-February 7, 2022No Comments3 Mins Read 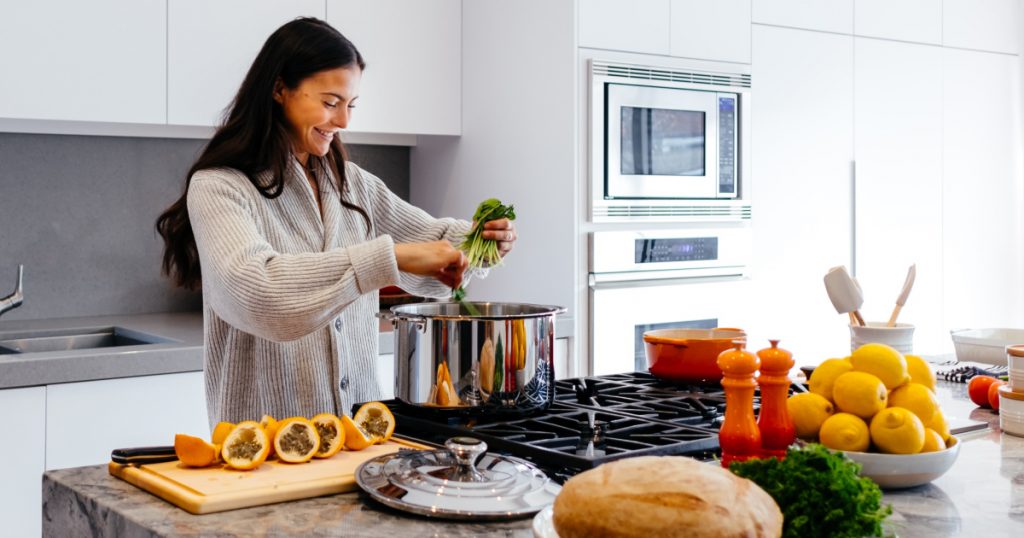 Small, targeted dietary substitutions that swap healthy foods like nuts and legumes for processed foods like meats and greenhouse-grown vegetables can make a significant impact on the environment and lifespan.

That’s according to a new study published in the journal Nature Food, which found that eating certain healthy foods can add up to 80 minutes to your life, while eating less nutritional, processed foods (think hot dogs) can take off up to 74 minutes of your life per serving. And over a lifetime, all those healthy (or unhealthy) choices add up to A LOT of minutes, hours, days and YEARS! Plus, the study found that eating healthier food could reduce your dietary carbon footprint by up to one-third!

The study is unique in that it looked at processed versus unprocessed foods, rather than meat versus vegetables, as many previous studies have done. Researchers from the University of Michigan evaluated more than 5,800 foods and ranked them according to their nutritional disease burden for humans and their environmental impact.

Ultimately, the researchers recommend that people limit their consumption of processed foods (both meats and vegetables) and up their consumption of field-grown foods and low-impact seafoods. Even just changing out a few ingredients can make a big difference, the study found.

With that in mind, we rounded up easy five ingredient swaps that can play a big role in trimming your waistline, adding time to your life, and reducing your carbon footprint.

1) Use natural sweeteners instead of refined sugar.


Just because you’re a fan of baked goods doesn’t mean you have to always go heavy with the refined white sugar. There are plenty of healthier, natural sweetener swaps you can use instead, such as applesauce, Stevia, honey, maple syrup and more.

2) Snack on veggie chips instead of potato chips.


When you want something to crunch on, potato chips are a traditional option. But those high-calorie, high-processed stacks of crispiness are among the worst offenders for both the environment and your waistline. Instead, use vegetables to make a more nutritional option that brings you the crispy taste without the excess calories.

3) Leverage quinoa instead of oats and rice.


Quinoa is a superfood packed with amino acids. It’s also a great choice to make instead of processed oats and white rice. Quinoa is also pretty darn versatile — you can use it in everything from enchiladas to soup to stuffed bell peppers and much, much more.


Cauliflower potatoes. Cauliflower rice. Cauliflower pizza crust. There are a whole host of ways you can take advantage of this sturdy, versatile vegetable for healthier alternatives to heavily processed carbs and potatoes.


Saucy pasta dishes may taste great, but they’re also one of the worst offenders when it comes to utilizing high-carb, processed, unhealthy ingredients. Instead of refined pasta, try making zucchini noodles instead. They’re a much more nutritional, lower-calorie choice, and there are even tons of kitchen gadgets dedicated to making them more easily.

Caitlin is the Diet-to-Go community manager and an avid runner. She is passionate about engaging with others online and maintaining a healthy, active lifestyle. She believes moderation is key, and people will have the most weight loss success if they engage in common-sense healthy eating and fitness.